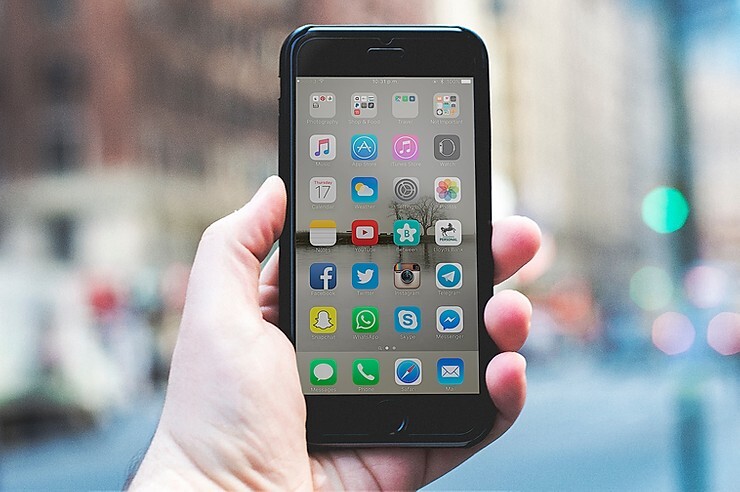 Social Media Updates Your Company Should Know About

If you've been following the news recently you know there have been some big shifts and updates in social media. How will they impact your social media marketing strategy?

If you’ve been paying attention to the news these last few weeks you’ve seen some pretty big shifts in social media.  New platforms, high profile accounts being hacked, spying, updates and more.  That’s a lot!  Here’s a brief overview of what’s going on with social media and how it may impact your company

Here’s what you can expect to read about in today’s blog:

What does this mean for companies looking to sell products on Instagram?  It means that any eligible business or creator account will be able to use shopping features and tags if they have even one eligible product listed.  Prior to this update, sellers would need to setup a Facebook store and wait for approval on both platforms.

Here’s a feature of Facebook that many may not even be aware of… Facebook allows users to create collections of photos, videos, posts, etc. and until this update, those collections were only able to be viewed by the individual who created them.

These lists are now going to be publicly shareable, allowing users the ability to control who can see the content (i.e. yourself, contributors, friends or even the public).  This functionality could be great for businesses - especially those considering working with influencers on Facebook.

How might Facebook Collections benefit your business?  Consider this.  Local businesses could compile a list of local companies providing services to benefit others.  After the stock market crashed with COVID-19, many were left with questions about their portfolios and retirement accounts.  Compiling a list of resources that could help those in that situation would be great exposure for companies like financial advisors and wealth managers.  You could create lists to showcase items, real estate tips and properties, etc.  There are quite a number of possibilities.  Partnering up with an influencer who has a large audience can be beneficial as well.  If they include your product or service in their list they share with their large following, that creates a significant amount of exposure for your company.

Not to be confused with Parlor (a dating app), Parler (pronounced par-lay) is the latest social media platform to take off.  Shrouded with controversy, users who feel they’ve been unfairly censored or banned from other social sites such as Facebook and Twitter have taken to using Parler.  Most notably (and arguably most controversially) Donald Trump has taken to using the social platform.

Launched in August of 2018 by John Matze Jr. and Jared Thomson, the platform states they are a non-biased free speech social network and alternative to Twitter.  Matze, a libertarian software developer in Nevada, created the platform out of frustration for censorship, fact checking and moderation.  The free speech platform claims that their content is moderated based off the FCC and the Supreme Court of the United States.

Who is Using Parler

Claiming to have an estimated 1.5 million users, the social platform has gained increased visibility and continues to see a spike in growth these last few months.  Why the sudden popularity?  After facing their own censorship and moderation - some even being banned from Twitter - celebrities and political figures joined the platform and began generating visibility for it.  It has also attracted the likes of Donald Trump who claims it as his new favorite platform in addition to his supporters.

That’s right, the social networking platform for professionals has been spying on Apple users.  Apple recently rolled out a new iOS 14 privacy feature to developers.  The new feature alerts users when text copied to their Apple clipboard is accessed by other apps on their device.  Microsoft’s platform LinkedIn isn’t the only caught copying clipboard data and spying on Apple users.  Just a week prior Tik Tok was called out for exactly the same thing.  The difference?  Tik Tok was found to be grabbing clipboard data every few keystrokes whereas LinkedIn was caught grabbing content every keystroke.

LinkedIn’s vice president of engineering, Erran Berger, quickly responded to the scandal saying that it came down to a code path that “only does an equality check” of the clipboard and content typed into a LinkedIn text box.  Berger sought to assure users that LinkedIn does not “store or transmit the clipboard contents” and that a fix was due to go live, but no date was provided.

On Wednesday, July 15th, 2020, high profile Twitter users such as Bill Gates, Joe Biden, Barack Obama, Kim Kardashian and more had their profiles hacked by Bitcoin scammers.  While the outcome could have been much worse than it was, the scam reached about 350 million people and generated approximately $110,000 in the short time the scams were up.

A Promise to Double Bitcoin Cryptocurrency

On Wednesday, high profile accounts were hacked with messages saying the celebrity would double the amount in Bitcoins sent to them under the guise of giving back to the community.  Obviously, this was a social engineering scam designed to fleece people out of their Bitcoins.  The posts were up for just over an hour before being taken down.

Twitter stated that once they became aware of the incident, they immediate locked down the accounts that had been affected and removed any Tweets posted by the attackers.  They are continuing to investigate the incident and have taken some additional internal measures as well, limiting access to systems and tools while the investigation is pending.

It’s easy to look at the headlines and wonder if social media marketing is really worth it.  The short answer is yes.  There will always be risks involved in everything that you do.  It’s all about staying on top of the updates and pertinent information that can help you remain both effective and competitive in your social media marketing strategies.

Pendragon Consulting can help take your organization to new heights with our proven social media marketing strategies.  Our team of experts remains current on all updates and controversies surrounding social media to best advise you and help shape your marketing efforts to expand your reach into new pools of customers.  To schedule your free consultation, send us a secure message via our website or give us a call at 443-343-2313.